The Emotional Side of Pinktober 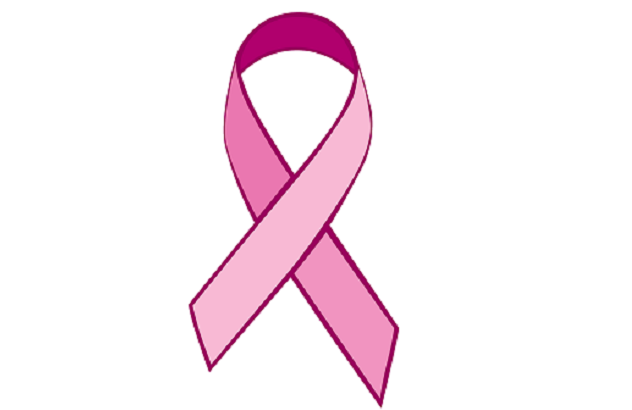 It’s that time of year again, when seasons change. Sweltering summers bow to the entrance of cooler days and nights as fall slides in and graces us with her presence. As September comes to a close and October readies just behind, other changes loom on the horizon. Many of those affected by breast cancer know what’s coming and brace for the sudden onslaught of pink ribbons, pink products, and the infamous breast cancer awareness event commonly known as Pinktober.

Annually, October has been designated as National Breast Cancer Awareness Month. This campaign was founded in 1985 by the pharmaceutical company AstraZeneca, manufacturer of antihormonal drugs such as Tamoxifen and Arimidex. It was started to increase awareness of breast cancer and has more commonly become known as Pinktober. Pinktober has become a popular time for marketers to take advantage of the commercialism accompanying the event. As these profiteers jump aboard the gravy train, they often emblazon products with the familiar pink ribbon made popular by the Susan G. Komen Foundation.

Before being diagnosed with breast cancer, October was a month I celebrated. It was a time for fall festivals, pumpkins, cider, and all things related to joy. After diagnosis, my Octobers disappeared. They were swallowed up in the phenomenon known as Pinktober. Though I didn’t have much say in the matter, friends, family, and even strangers assumed I looked forward to being lumped into the category of those celebrating breast cancer awareness month, but that wasn’t the case. I found the onslaught of pink overwhelming and sometimes, even offensive, but I assumed, since I was a survivor, I needed to participate. So I did.

Celebrating Pinktober the first year after diagnosis, I felt joy. I was happy to be alive and I thought the pink campaign was a great way to promote breast cancer awareness. Boy, was I naïve! After researching Pinktober, I learned it wasn’t all it was cracked up to be. I learned that sometimes, very little of the funds raised for breast cancer awareness went into funding research. This made me extremely sad. As I thought about those who had literally and figurately bought into all of the pinkwashing, I felt betrayed. How could big businesses create and sell products that would in no way impact the future lives of those with breast cancer? What I learned, as I delved into market research campaigns for Pinktober, was that breast cancer is usually respected by those whose lives have been personally touched by it; but conversely, breast cancer awareness is often exploited by those with hopes of monetary gain.

For the cancer survivor, Pinktober brings with it mixed emotions. On one hand, we’re thankful for a month dedicated to awareness even if it means being inundated with pink products from dog food to nail polish. On the other hand, we’re realists. We know that purchasing all those pink products isn’t going to change much in a hurry. After a diagnosis with cancer, lives are forever changed and no amount of pinkness will alter that fact. Though Pinktober isn’t my favorite month, it does cause more women to think about their breasts and seek diagnostic testing during the month of October and that’s something for which I’m extremely grateful.

While the pink ribbons and pink products are attractive, many survivors have had their fill of them. It is not our desire for consumers to feel obliged to buy pink products in an effort to show love and support to those who’ve been affected by the disease. Pink-ribboned products aren’t curing cancer. The so-called “awareness” isn’t accomplishing much other than taking hard-earned cash. And even if a person chooses to buy those pretty pink products, men and women are still being diagnosed with breast cancer, they’re still enduring painful treatments, and they’re still dying. And that’s the sad truth of the matter.

So, forgive those of us who are a little frustrated by Pinktober and all of the pink paraphernalia that goes along with it. Please don’t be upset if your purchases don’t excite us too much. While your monetary sacrifice might give you a good feeling, there are those of us who were forced to give parts of our body to breast cancer. Our sacrifices cost much more than a little pink ribbon could ever promote.

But if you feel the need to participate in all the Pinktober hype, take some time to consider these questions from the website Think Before You Pink  before you make your purchases.

1. Does any money from this purchase go to support breast cancer programs? How much?
The pink ribbon on a product doesn't necessarily mean that your money goes to breast cancer programs. In fact, anyone can put this on any product. Some companies use the ribbon to denote that this product is "healthy" or doesn't contribute to breast cancer. Other companies use it to imply they support this cause, even if the funds from this particular product won't be part of the contribution. For instance, a company may already be donating a set amount to a breast cancer-related organization, regardless of how many pink products they sell or don't sell. If you don't know what dollar amount or portion of your proceeds is being donated, you may want to just give directly to the organization of your choice instead.

2. What organization will get the money? What will they do with the funds, and how do these programs turn the tide of the breast cancer epidemic?
Unless you know which programs will be receiving a percentage of your proceeds, there's no way to know what kind of work would be funded by your donation. If you know what organization the company in question has teamed up with, check that organization's website to see if you agree with their mission and activities.

3. Is there a “cap” on the amount the company will donate? Has this maximum donation already been met? Can you tell?
There's a chance that a company has an arbitrary cap on how much money they will donate from their pink ribbon profits—and if this limit has already been reached, then your purchase won't make the difference you want it to.

4. Does this purchase put you or someone you love at risk for exposure to toxins linked to breast cancer? What is the company doing to ensure that its products are not contributing to the breast cancer epidemic?
Here's the real kicker—some companies put pink ribbons on products that are linked to an increased risk of breast cancer. Check out these environmental factors linked to breast cancer to ensure that the item you're buying won't up anyone's odds of getting the disease. Get more information at Think Before You Pink. As a general rule, if a company is not transparent about the answers to these questions, it's a good idea to donate directly to an organization you trust.

Pinktober isn’t just a benign breast cancer awareness campaign. Just like a real case of breast cancer, it can sometimes be malignant – filled with harmful hidden agendas. Please be sure to “think before you pink.” Do your research and don’t fall for those high-priced pink ribboned items.